I wanted to let you know that I’m still writing. In fact, the second installment of the ENJOY YOUR MEAL series is on its way. For a taste of the AA Romance Erotica series, I’m providing a memory of the romance between Tyrese and Jennifer.

Excerpt from Thank You For Coming!

“Come on lucky number 8!” Jennifer screamed at the roulette wheel.
The white ball spun around the shiny wood. Casino guests stayed glue to the wheel in its blur of red and black. Then after a small crack sounded, the ball jumped and landed on 10.

Jennifer buried her disappointed face into Tyrese’s chest. One of his arms hung over her shoulders as he said into her ear, “You were so close.”

“I know,” she smiled up at him in outrage.

Not long after Elaine had ditched them to go up to the room of dreadlock man, Tyrese elected to take Jennifer back to her New York, New York Hotel. The excitement of people winning at a roulette table distracted them on their way out to the strip. The temptation of a hot table persuaded them to stay and take a chance.

An hour later, they had broken even on their gambling rollercoaster of losing and winning. Now they were bitten by the bug. There was no turning back until they made a big win or a colossal lose.

Plus, they were really enjoying each other’s company. Neither were ready to say goodbye. The distraction gambling made their time together last longer.

“I think we need to change our strategy here,” Tyrese said. His hands rubbing the tops of her shoulders like a boxing coach amping up his champion.

Jennifer nodded as she turned back to the table and tried to focus on a plan. She searched the red and black numbers, hoping a second sight would form an inner tuition that would help her pick the right number. A tingling feeling came around her face when she spotted the number 35.

But that could have been from Tyrese large hands still rubbing her shoulders. His touch felt so comfortable and sensual at the same time.

“I got it!” she said and quickly moved over the table to get out of his reach.
She placed a pink $5 chip on black. Then she smiled over her shoulders and said, “Always bet on black, right!?!”

“Ard,” Tyrese leaned over her and placed the rest of his chips next to her pile. Jennifer’s eyes grew big from the 10 teal $50 chips. He looked over at her and smiled, “I’m willing to bet on you.”

Jennifer were lost in those dimples.

“All bets are set,” said the dealer.

They stood back. Jennifer held her breath as the white ball was released. It spun around the wood, making a spiral motion across the smooth panels of the numbers.

She stole a glance at Tyrese who had been looking at her. His brown eyes danced with amusement. Jennifer wondered how he could be so calm while possibly losing $500 on one bet.

The sound of the ball flipped forced them to look at the spinning wheel as the dealer called out, “Black 29!”

“AHHHHH!” they hugged each other close and jumped up in the air.

“Amazing!” Tyrese shouted as he collected his winnings.

Tyrese pulled on her arm and said, “Let’s quit while we are ahead.”

“But the table just got hot again!” she said.

“Ard, let’s keep it that way,” he said. “Besides, I’m not willing to give the house any money when I just got it to get me it back. With interest.”

Jennifer followed him towards the cashier booth. She couldn’t believe he was so quick to give up right when they had finally hit their lucky strive.

“I guess, you don’t like taking chances,” she said as they waited in line.

“I take chances,” Tyrese said. “Just not on gambling.”

“When was the last time you took a chance on something?” she asked him.

“When I went to buy you that first cosmopolitan,” he smiled.

“Enabling a drunk woman isn’t really taking a chance,” she said. “It’s more of a sure thing.”

“Are you saying I have a shot without hitting on you? Wow, I am lucky tonight!” he said.

His arm circled her waist and pulled Jennifer closer. She sniffed in his scent of floral ginger. With a deeper smell she recognized a hint of citrus. It swirled around her head, creating heat at the back of her neck and in her breast.

“Naw, I wouldn’t go that far,” she said as she stayed glued to his side.

Thank You for Coming! is available at Amazon. 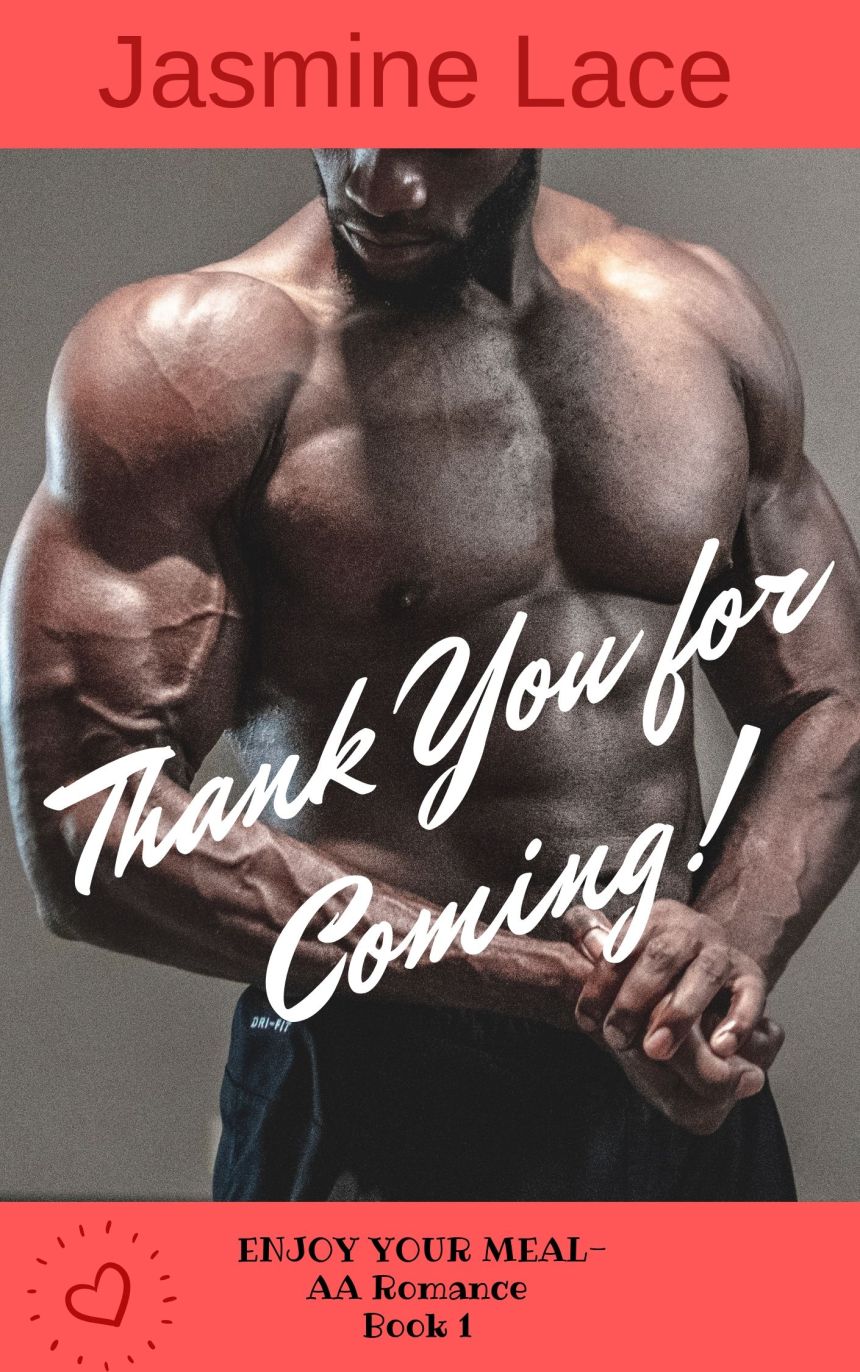 Dining out has never been hotter!

Restaurant critic Jennifer Ross is having a bad day. Her boyfriend of 3 years has hinted of a marriage proposal, however, the night she expects him to pop the big question ends in heartbreak and terrible customer service. Shaking off her misery, Jennifer has a girl’s weekend in Vegas where she meets a handsome stranger.

Tyrese Carter is the owner of an Italian restaurant that Jennifer’s review destroyed. Angry and broke he is stuck being best man at his friend’s Vegas wedding. Fortunately, he meets Jennifer and desires heat up.

Yet, the woman of his fantasies is unknowingly the one responsible for his financial disaster. Can the next change of events lead them to find each of their own happy endings? Or will their chance meeting reveal truths that make their lusty relationship more complicated?

Buy your copy today at Amazon!

And look out for Book 2: SWEET APPETITE in September.