Why I Use Music in My Writing

I listen to my music as I clean the house. Soulful R &B blasts while I’m doing my hair. I perform dance sequences and sing along to my favourite Hip Hop joints in the shower. Alternative rock music wails as I’m driving. Motown hits swirl through my mind with the story ideas I’m typing on to my laptop. Pop songs bop my head while my students complete a writing exercise. It can be said that music is in my daily life.

Many people have similar experiences with music. Maybe they listen to different genres either way the fact that music is a part of the majority of people’s lives is evident in the Top 40 list, Billboard Music Charts, and the long successful run of music magazines, such as, The Rolling Stone. Music touches everyone.

Therefore, why wouldn’t my characters have music in their stories? My characters are created from traits I have and from personalities that have entered my life. Basically, they resemble people. And in such, not only do my characters feel love, pain and intimacy (like everyone else), they listen to music.

Music in a novel can set the mood similar to the scores played in a film. It gives the audience an extra stimulant to what feelings the character is going through in a particular scene. It can also help the reader internalize that emotion since music is relatively popular by its beat and common message.

There are songs about heartbreak, redemption, having fun, feeling lonely, regrets, and etc. All emotions humans have felt sometime in their lives. Making it relatable which also adds a way for your readers to feel connected to your characters. They can empathize what the character is going through because they themselves have felt similar in those recognizable moments.

Or try creating a soundtrack. As I write, I listen to songs that are I imagine playing in the background of a particular scene. I created a soundtrack for Pura Vida that had me shaking it to my old school college party memories. If you like late 90s and early 2000s Hip Hop with a mixture of your parents’ stoner day music, check out: https://www.youtube.com/playlist?list=PLyoAOazarMNTP6IM3PjUC_riuNKC9C0SH

Or have a character make a mixtape that follows what they would most likely listen to. In Book 4 of my Hollywood Demands series, Roll Camera, the love interest has a playlist of songs he uses to seduce the heroine. A few songs are a bit outrageously cheesy and over the top, but they go with the style of that particular character. Listen to it at: https://www.youtube.com/playlist?list=PLyoAOazarMNRekrXV1GQ1sPKX5rg4rvdk

Adding a musical element to your writing will make an impactful difference in how people read your story.

For ideas check out my YouTube channel at  https://www.youtube.com/channel/UCm30hEYSEt8Ji27AOT5ICVw

Also, don’t forget to leave a comment about how you use music in your life and/or in your writing.

View all posts by lacejas13

2 thoughts on “Why I Use Music in My Writing” 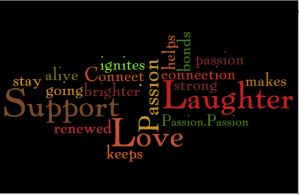